Thinking about buying a piano but can’t decide on what to get? Here we will settle the debate of upright acoustic piano vs. digital piano to help you out.

So, you’ve decided to learn how to play the piano. Excellent!

It’s been over three hundred and fifty years since Bartolomeo Cristofori invented the piano in Italy. Rest assured, you’ve decided to learn an instrument that has stood the test of time. However, before you can count yourself among the pantheon of the instruments’ greatest players, you’ll need to decide which kind of piano is going to be the best to learn on.

There are essentially two different kinds of piano. Acoustic and Digital. And while we may never be able to quell the Acoustic Piano vs. Digital Piano debate, we’ll touch briefly on the differences between an acoustic and a digital piano, then discuss why a digital piano, with capabilities like MIDI, recording, speakers, headphone outs, etc, is the best kind of piano to learn how to play on.

An amalgamation of both a stringed and percussive instrument, an acoustic piano produces its sound by pressing keys, which in turn causes a hammer to strike strings of various lengths, thickness, and tension which vibrate to produce sound. 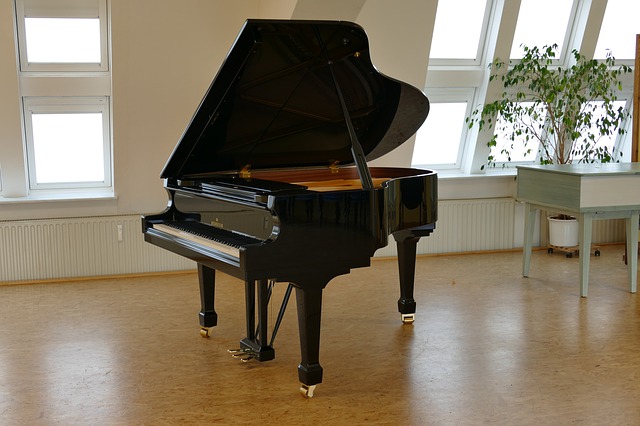 Grand pianos are horizontal, their strings parallel to the ground, and they range in size from four-and-a-half to over nine feet in length!

Acoustic pianos are elaborate instruments with upwards of thousands of various parts. They are gorgeous pieces, but are generally very expensive, large, hard to move, and need to be maintained.

A digital piano reproduces sound “samples” of piano sounds stored in its digital memory. When you depress a key, instead of a hammer hitting a string, an electronic signal is sent to “tell” the piano to sample a specific sound. Many digital pianos are available with touch sensitive, weighted keys, which serve to further mimic an acoustic piano “feel.” 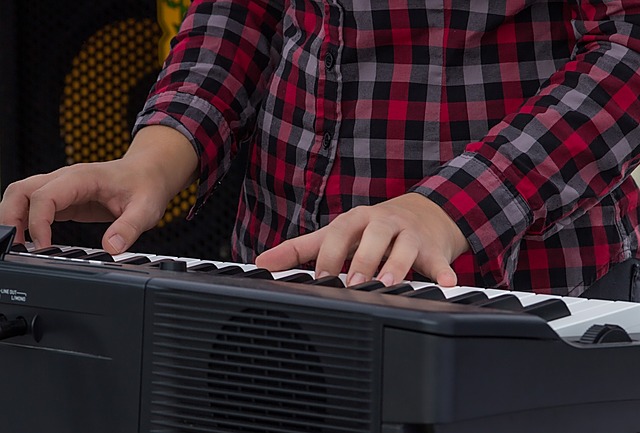 How Many Keys Does A Piano Have?

While a traditional acoustic piano usually always has 88-keys, digital pianos range anywhere from 61 to 88 keys. Digital pianos offer the convenience of less keys, which is important if you don’t have the space for an acoustic piano in your home or on the road.

Which Digital Piano Is Closest To Acoustic?

The Yamaha Arius is considered one of the “best” digital pianos, and sits on the expensive side of the price spectrum, while the Alesis Recital offers excellent sound and functionality for hundreds less.

Okay, so let’s say you agree and have decided that in the debate between acoustic piano vs digital piano, the latter is clearly the favorite. So, what now? Let’s take a look at a few beginner digital pianos that you might want to consider…

In addition to the aforementioned Yamaha Arius, the Yamaha YPG-235 is an excellent beginner digital piano, ​complete with hundreds of sounds, presets, and built-in songs to get you going!

Whichever digital piano you decide on, rest easy in knowing that you’re purchasing an instrument that is not only easy to use, but also capable of expanding as new technologies come along.

Acoustic pianos may look the part, but digital pianos are chock-full of so many different functions, options, and sounds, you’d be hard pressed to pick a better piano to start learning on.

Happy choosing, and best of luck as you learn to play piano!